As the region moves closer to total digitalisation of logistics systems, another Caribbean port has launched a development project for an integrated port community system.

Following the announcement in November 2020 by the organisation of Eastern Caribbean States to develop a single window for seaport operations of member states, Barbados formally announced the start of work to build its port community system. And formal it was.

The project launch featured carefully worded presentations from the enabling organisations, including the Inter-American Committee on Ports (CIP) and CARIFORUM-EU. A keynote address was delivered by the country’s Minister of Maritime Affairs and the Blue Economy, Kirk Humphrey. All the speeches at the March 3, 2021 ceremony via internet were timely reminders of the centrality of seaports to economic growth and stability, and the arising need to make them as efficient as technology allows. 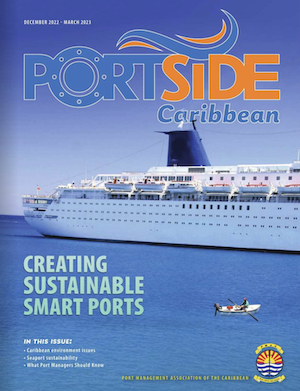